Keeping the Secret of A Terminal Prognosis: Afterword 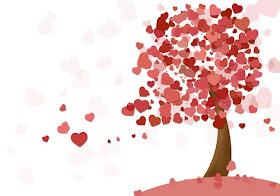 [Reviewed and updated March 3, 2022]
Sharing tales of those we've lost is how we keep from really losing them.  ~ Mitch Albom

A reader writes: As the daughter of the woman whose letter appears in your post Keeping the Secret of A Terminal Prognosis, I wanted you to know that just four months after she wrote those words to you, my beautiful mother died in her sleep of heart failure. My father woke up in the morning and found her gone.
She left us all letters, and in mine she left a link to your online forum, along with her log in and password. She wanted us to read all that she had written.

I want to let you and your readers know what she was like. 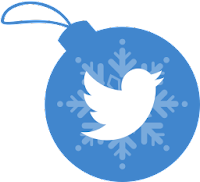 I found the one piece of her that didn’t get scattered. And I could have never guessed what it would be. My Bizarre Childhood Wish Showed Up in My Mom’s Cremains, https://j.mp/2MzCDMT « Modern Loss

Pet Loss: Amazed At How We Are Grieving

[Reviewed and updated June 12, 2022]
There are two means of refuge from the miseries of life: music and cats.  ~ Albert Schweitzer

A reader writes: Just wanted you to know that your site offered a lot of insight into the grieving process when one loses a pet. My husband and I are in our 50's, with no children, but four cats and a dog. We recently lost our 10-year-old cat, very suddenly, to an unknown condition (perhaps a tumor) but somehow related to diabetes. She was in Intensive Care at a University Vet Hospital for two days but only went downhill to the point where the vets indicated that her prognosis was poor and that she would probably never recover. At this point we chose to euthanize her because she was in such pain and had labored breathing.

Our problem is that my husband and I are rather amazed at how we are grieving over this loss.

As the days get shorter and the holidays loom, everyone who is coping with loss looks forward to these days with dread and wonders how we'll ever find the strength to get through them. It may help to know that many helpful and informative articles have been written on this very topic, and as you will see at the base of this post, I've assembled a list of links to many of them. Coping with The Holidays: Suggested Resources 2019, https://bit.ly/2QIL4Zl « Grief Healing

The new free all-in-one “Coping with Grief” mobile app was designed and developed by a team of volunteers from the non-profit My Grief Angels. New Free "Coping with Grief" App With Latest Tech For Dealing with Death & Loss During The Holidays, https://j.mp/2EEhbSI « PRUnderground

By law, every hospice program out there must offer the same basic services, but what about areas in which hospice services differ? How can you be sure you’re choosing the best program? To help you figure that out, use the following questions and concepts as you explore different hospice resources. How to Choose a Hospice Provider, https://j.mp/2sPdlTO « Solistic Hospice

Voices of Experience: Reflections on Helping The Bereaved: 7 Do's and 7 Don'ts

One who knows pain, can help others without gain.  ~ Abhijit Naskar

This morning I woke up from a nightmare. My heart was racing, and I was sweating and crying out with anxiety. In the nightmare, something terrible had happened and I was being pursued by dangerous people who were intent on doing me harm. To save my life, I had just one day to quit my job, pack a few things, abandon my home, and disguise my identity. I had to go to another state where I would be expected to start over with a lower-paying and less satisfying job, a new spouse (a man I disliked), and a home that didn’t feel like home. Any delay would cause the pursuers to close in.

My husband, Greg, died four months ago. And I believe that I had the nightmare because last night I experienced a social interaction in which I felt pelted by rapid-fire questions about my plans now that I’m a widow. I wish I could say that this was an unusual experience, but in fact, several people have inquired in a manner that has felt like an interrogation. This uncomfortable questioning began almost immediately following Greg’s death, certainly within the second week. 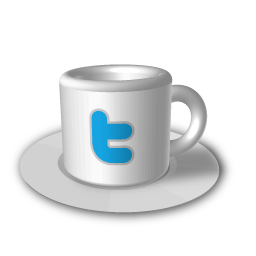 Grief takes on a life of its own for many people and though it affects thousands on a daily basis, each journey is different. Yet, the one thing all those grieving people have in common is that the journey feels like a walk down a winding path alone. What Grief Truly Is, http://j.mp/2LRUUV9 « Yahoo! Lifestyle

Family caregivers pledge to fulfill their loved ones’ end-of-life wishes. But too often circumstances change, and they must break their word and guard against breaking hearts ― including their own.… The Health Care Promises We Cannot Keep, https://j.mp/35mCG66 « Kaiser Health News

From your description of your grandmother's illness her body had entered the dying process. It was shutting down, unable to combat the disease that she had lived with for so many years. Would She Still Be Alive? https://j.mp/36qR8tK « BK Books

Disenfranchised Grief: Another Bereaved Aunt Asks “Where Do I Fit In?”

[Reviewed and updated September 15, 2022]
Every society has conventions about grieving – rules that define for whom, how, for what, and for how long people should grieve. In our society the “who” is generally family: spouses, parents, grandparents, children, grandchildren and siblings have recognized rights to grief. The grief of others often is not considered.  ~ Kenneth J. Doka

A reader writes: Dear Marty, I have never before emailed a stranger about something so personal but I wanted to thank you for posting your article, Mourning A Sister's Only Child: "Where Do I Fit In?"

Three weeks ago I lost my nephew. He was 3.9 years old. He was very disabled and had been fighting for life and defying doctors since he was 5 days old. I held him the day he was born. I gave up the course I was studying at the time to help care for his big sister who was 2 at the time. Ever since he was born I was constantly on call in case something happened. Often I dropped everything and raced to London to help my brother and his wife out because my nephew had been rushed to hospital. 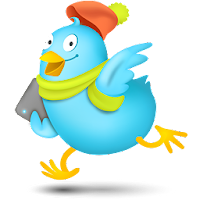 Few readers may realize how heavy a toll is taken by suicide during the years of high school, college, and young adulthood. Suicide in the Young, https://j.mp/36asMEr « AfterTalk Weekly

Yes. I know. I have a funny thing about time. And dates. I take time to reflect on time and what time is, or might be. It's About Time, https://j.mp/2rQgWAC « Soaring Spirits International

This is the third story in a four-part weekly series on meditation, including its benefits for pain management, mental health and overall well-being. How Meditation Can Ease the Path of Grieving, https://j.mp/2r8WmLT « NextAvenue

In Grief: Self-Care As A Way Of Paying Homage 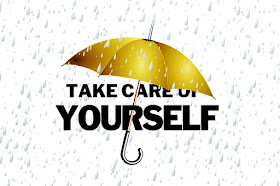 [Reviewed and updated July 11, 2021]
Self-compassion is simply giving the same kindness to ourselves that we would give to others.  ~ Christopher Germer

A reader writes: It's been nine months since my wife and best friend of 57 years died. I still have my bad days, but I am noticing now that the good days outnumber the bad days. I spend a lot of time on the computer going to grief sites and reading everything I can get my hands on about grief. I'm still hiding in my shell but at least I'm trying to get back to the real world. It's tough, but I will win this battle and my beloved will always be in my heart, never forgotten and never said goodbye to. I just wanted to say thank you for all your help and God bless you.

You probably know a child who is grieving, or an adult whose childhood was punctuated by grief. Read this. Six Reasons Why You Should Focus on a Grieving Child, https://j.mp/2R5he17 « Modern Loss

In our culture the holidays, Thanksgiving, Hanukkah, Kwanzaa, and Christmas, emphasize family and friend togetherness. The absence of a friend or family member becomes more evident. Our sense of loss is more 'in our face' than other times of the year. How Can I Celebrate The Holidays When I Feel So Sad? https://j.mp/2XUgU6F « BK Books

The main thing we think of in mourning is the loss of the individual who’s died . . .  But there’s also a profound loss of SELF involved in mourning. i miss her, and i miss my self, https://j.mp/2KYSxzD « Kay Bruner