In Grief: Am I Feeling Sorry for Myself?

The only time we waste is the time we spend thinking we are alone.  ~ Mitch Albom

A reader writes: I would really appreciate your comments on my own particular kind of grief. Would it be appropriate to liken it to the death of a loved one or pet, when in actual fact they are still alive but you no longer see them for various reasons? After 2 years of depression, anxiety and wanting only to cry all the time, it came to me that perhaps the reason for my feelings was because the daughter I loved I no longer have visit me, various members of family became separated from me and I have no one to confide in. 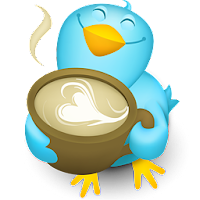 This post is for you, Mamaw. Thank you for loving me so well, and for showing me that kindness can change the world. Echoes, https://j.mp/2RIeAgu « Bryan C. Taylor

Depression killed my innately joyful sister. When people ask how she died, this is how I respond. 'Was She Sick?' https://j.mp/30KWHSr « Modern Loss

Face this profound challenge by staying connected and finding friends who will listen. How Men Grieve, https://j.mp/36jY5wt « Next Avenue 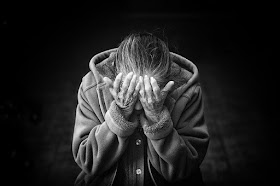 Dogs’ lives are too short. Their only fault, really.  ~ Agnes Sligh Turnbull

A reader writes: I was referred to your site in my search for grief counseling on the loss of a pet. I am an avid dog lover and was raised in a house with two parents who taught me the quality of being an animal lover. My question is if you might be able to offer some tips for dealing with my parents who recently and suddenly lost their pet dog. They are in their eighties and the dog was a big focus of their lives. Neither one of them is active outside of the home. My mom seems to be able to verbalize her emotions, but my dad is very upset, has stopped eating somewhat and does not want to see any company at all. Any advice as to what I can say? 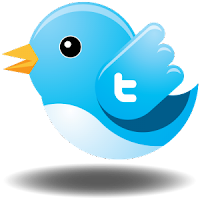 Our stories often don't turn out the way we thought they would as we were writing them. If we can let go of the story we expected, sometimes we can find treasure in the story we have. Sometimes you get what you need. https://j.mp/2TAYTdo « Heart Callings

A cousin named her daughter after my mom before I could. Losing My 'Naming Rights', https://j.mp/2RqdS7g « Modern Loss

It's healthy and healing for someone to write about their own grief experience. But when they start "teaching" that these experiences are typical and apply to everyone across the board, they're crossing a dangerous line. Bad Bereavement Advice: When Trying to Help Doesn’t Help, https://j.mp/2QTkNaj « Afterlife Conference

Voices of Experience: These Words

For a songwriter, you don’t really go to songwriting school; you learn by listening to tunes. And you try to understand them and take them apart and see what they’re made of, and wonder if you can make one, too. ~ Tom Waits

Greg Walker is a musician and a writer who met his friend Shelly on Twitter: a poet who happens to have muscular dystrophy. They became fast friends and together were able to make an album of songs. By sharing below the story behind the songs, along with a link to the album, Greg hopes to encourage creativity, honesty, friendship, and the power of story telling in those who might read and listen. It also gives Greg and his friend Shelly the opportunity to touch hearts and souls of readers and listeners with their work.

One day you will lose someone you love and find yourself walking in The Land of Dark Shadows and Deep Sorrow. Then you will know the truth of grief. May you not regret how you have treated others.Wake Up! Grief Needs Something From Your Heart, https://j.mp/2R8vHb6 « Rebelle Society

The death of a loved one isn’t just one single earth-shattering loss. In reality, it’s a tremendous loss, followed by a lot of smaller losses in its aftermath. A Deep Dive Into Secondary Loss, https://j.mp/35AicWJ « What's Your Grief?

In many religious traditions, God is believed to be responsive to the needs of believers, and in difficult times, the faithful turn to God for comfort and guidance. When Religion Makes Grief More Difficult, https://j.mp/2QWeAsU « Thrive Global

A baby is God’s opinion that life should go on.  ~ Carl Sandburg

A reader writes: I was 32 weeks pregnant with our first child when I lost my husband to cancer three months ago. I am 24 years old and Brad was 36. He was undergoing a bone marrow transplant and his outlook was very good, but something went horribly wrong and he died so quickly. 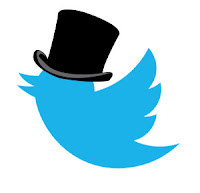 Our current system treats medicine as a commodity, not as an essential service. Is health care just legal human trafficking? https://j.mp/2FgV9Wl « Kevin MD

In a few days, it will be the 8th time I have welcomed a new year that Drew will not be alive to share in. Orbiting Closer https://j.mp/35eGRQG « Soaring Spirits International

The first New Year’s after a loved one dies, the future looks like a rocky coast. New Year of Grief, https://j.mp/35fVgMn « Widower's Grief