In Grief: When A Friend's Mourning Pattern Seems Strange 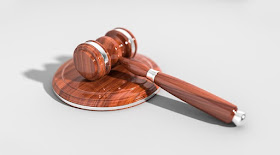 [Reviewed and updated April 19, 2022]
Never judge another knight without first knowing the strength and cunning of the dragons he fights.  ~ Richelle E. Goodrich


A reader writes: I was wondering if you could tell me how you would best suggest telling children about a sibling that has passed before they were born. I have a friend who had a son die at 1 year. The other children who came after him were told of his death but not much else about him. The friend did not think this was the best way to deal with this but he was overruled by his wife. 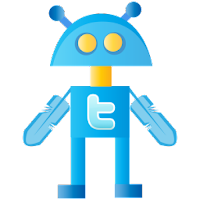 What to Say at a Funeral or in a Card, http://j.mp/2LDHspa « What to Say When Someone Dies

Remembering Charlie: Why Children's Palliative Care Is About Never Giving Up, http://j.mp/2LIgAB8 « HuffPost


In Grief: When Sorrow Is Delayed, http://j.mp/2LEXgod « Grief Healing

In Grief: When Sorrow Is Delayed 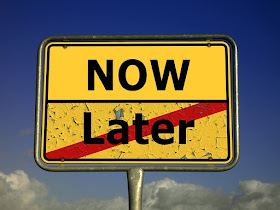 [Reviewed and updated December 20, 2022]
My grief lies all within, and these external manners of lament are merely shadows to the unseen grief that swells with silence in the tortured soul.  ~ William Shakespeare

A reader writes: Hello I lost my mum 3 yrs ago, she died suddenly of a heart attack at 41 yrs. I was 19 at the time and had suffered the loss of a friend 7 months prior to mum’s death, as well as the separation with the father of my 14 month old son. After mum died my son, younger sister and i had to move 5 times that year until we were granted government housing. After that, life just kept going and so did i. I feel i have a lot of delayed grief which i wish desperately not to keep bottled up. If you could help me out by sending me some helpful info i would be so very grateful. The Power of ‘And’: How One Word Changed The Way I Grieve,  http://j.mp/2ut0W65 « An Unexpected Family Outing 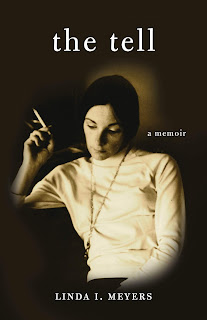 A tell in poker is a change in a player's behavior or demeanor that is claimed by some to give clues to that player's assessment of their hand. A player gains an advantage if they observe and understand the meaning of another player's tell, particularly if the tell is unconscious and reliable.  ~ Wikipedia

Linda I. Meyers was 28 and the mother of three young boys when her mother, after a lifetime of threats, took her own life. Staggered by conflicting feelings of relief and remorse, she believed that the best way to give meaning to her mother's death was to make changes in her own life. Bolstered by the women's movement of the 70's, Linda left her marriage, went to college and received her Psy.D., raised a family, and established a fulfilling career. In her book The Tell: A Memoir, she shares stories from a colorful life ~ touched by tragedy and rich with humor. In this poignant excerpt, she describes her reactions in the aftermath of her mother's death by suicide.

Book Review: “Everything Happens For A Reason and Other Lies I’ve Loved” by Kate Bowler,  http://j.mp/2u37ZCe « Pallimed

What you should know about suicide in the wake of Kate Spade and Anthony Bourdain by Jennifer L. Lane, http://j.mp/2u99teo « The Gift of Second

Moving to a New Home as a Grief Coping Strategy, http://j.mp/2u4bk4e « Grieve Well 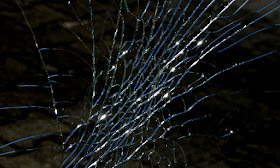 [Reviewed and updated October 25, 2021]
Trauma is personal. It does not disappear if it is not validated. When it is ignored or invalidated the silent screams continue internally heard only by the one held captive. When someone enters the pain and hears the screams healing can begin.  ~ Danielle Bernock

A reader writes: I'm 25 years old, and I lost my mother in a surprising, tragic accident about 1 week ago. I was devastated for days, but now I don't feel much of anything... I feel saddened and confused, and I don't really know what to do... nothing feels important - but it is as if I should be feeling much worse, I don't know how to put it any better than that. The funeral was yesterday, and almost 500 people showed up to say goodbye (people were standing in the hallway doors looking it was so full), which was pretty touching considering my mom hardly ever left the house (except for work and dog walking), but it was a lovely thing.

9 Ways to Soothe Someone With Dementia Who Wants to Go Home, http://j.mp/2ucxYq2 « Caring.com

Lizzy Miles: "A conspiracy of Hope" is educational for consumers and outlines the difficulties medical professionals have w/ being open and honest. LOVE that author recommends palliative care. http://j.mp/2zjaaXy « Men's Health

Saying No to The Fourth of July, http://j.mp/2z5USVW « Modern Loss

Life lesson: Loss and grief; What is my role? http://j.mp/2tYqHtP « Hudson Star Observer 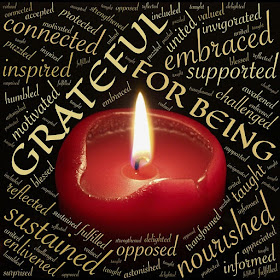 If the only prayer you say in your entire life is thank you, it will be enough.  ~ Meister Eckhart


A reader writes: I joined your online Grief Healing Discussion Groups soon after my mother died, and at the time, I got some responses from folks that really helped me. I barely posted myself because there was so much said that I felt I could rarely come up with consolations that may have made an impact.

Today, 18 months later, I can honestly say that I feel good. 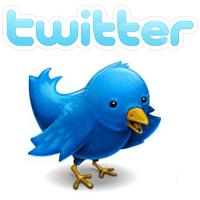 How to Be a Friend Until the End, http://j.mp/2yTzsen « Lion's Roar

What’s ignored in the debate over aid in dying,  http://j.mp/2yTK8tv « San Francisco Chronicle

Just Sit (and Other Simple Steps to Meditate Your Way Through Grief), http://j.mp/2tKw9kb « Modern Loss

A Look at the Growing Trend of Pet Hospice, http://j.mp/2tHFLMl « Seven Ponds Blog