"Replacing" A Pet Who Has Died: When Is It Time?

To love at all is to be vulnerable. Love anything, and your heart will certainly be wrung and possibly broken. If you want to make sure of keeping it intact, you must give your heart to no one, not even to an animal. Wrap it carefully round with hobbies and little luxuries; avoid all entanglements; lock it up safe in the casket or coffin of your selfishness. But in that casket- safe, dark, motionless, airless--it will change. It will not be broken; it will become unbreakable, impenetrable, irredeemable. ~ C.S. Lewis

A reader writes: I can't believe that it has been almost a year since the passing of our beloved 19 year old cat Mittens. With your help and words of support I was able to cope much better and to this day I still feel the hurt of her loss. I still miss her so much. My wife and daughter want another cat but for some reason I feel as if I can't or I am not ready. I know she can never be replaced and she will always be in my heart. Maybe I am being selfish to my family and to another cat who would have a good home. I have a lot of mixed feelings and not sure what to do. Thank you for listening to me again and God bless you. 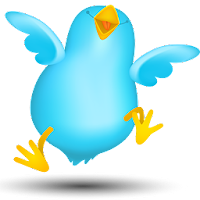 Can I be forced to love with my mom? http://j.mp/YsMZk6 « Caregiver Stress

Important questions to ask at a physician appointment, http://ow.ly/gSsPh

Outstanding! Learning What Grief Is NOT Will Help Us All, http://wp.me/p1l0Zh-ex by @griefminister01

Voices of Experience: Soul Hunger in Love and Loss

Once again (with his permission) I am privileged to share one of Harry Proudfoot’s beautiful posts. Readers may recall that Harry’s beloved wife Jane died of neuroendocrine tumor cancer (NET) in December of 2010. Harry is dedicated to killing the cancer that took his wife, and Walking with Jane is the foundation he established in her memory. His goal is “to provide one-stop access to the latest information about Neuroendocrine Cancer, Neuroendocrine Tumors and Carcinoid Syndrome research, treatment and events in support of patients, caregivers, physicians, and research and charitable efforts.” Read more about Harry’s efforts here.

I looked at myself in the mirror the other day—I mean really looked—not like I do when I shave or brush my teeth. I did not recognize the person staring back at me in the glass. Jane’s death 25 months ago from NET cancer has changed me as much physically as mentally and emotionally.

What is Palliative Care? ~ Keep Mom at Home, January issue, http://ow.ly/gHg6i via @hospicebuffalo

Outstanding! Learning the right lessons from hospice, http://j.mp/VRaiBy via @CelticHospice

How Do You Know When to Contact Hospice? http://j.mp/Mt62FG « Grief Healing Blog

Voices of Experience: What I've Learned from Grief, http://j.mp/pxcNlf

Silence, a Source of Comfort for the Bereaved, http://j.mp/10xXbcA « Open to Hope

CCBC recommends booklist on grief and loss for children, http://j.mp/V7ofwQ via @WhatsYourGrief

Guilt in The Wake of A Parent's Death

A reader writes: My mother died in her sleep and I feel like I’m starting to lose it. I just can't stop thinking about what happened. She was in her early 60s, had high blood pressure and was a smoker. She became very depressed after my father passed away five years ago. I'm sure my dad wanted me to take care of my mother after he died, but she just wouldn't go to the doctor.

She stopped taking her blood pressure medicine (which I didn’t know until about a year before she passed). We begged her to see the doctor, but she wouldn’t go and said she was fine. Two months before she died, she complained of a sharp chest pain but didn’t say anything until the next morning, and then she still refused to get it checked out. 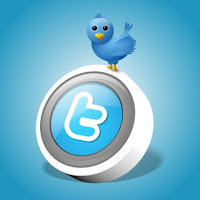 Good comments on Costs of Medical Care at the End of Life, http://j.mp/WIZFwm « New York Times

Mom's Coming to Live with Us: How Should I Prepare My Family?  http://buff.ly/WyWhUs « AgingCare.com

A time of caregiving crisis is the wrong time to make important descions. Plan ahead, http://conta.cc/WqLvQU

Do Men and Women Grieve Differently? Not Always, http://j.mp/VWnNwe  The Grief Toolbox

New comments on: Tips for Coping with Anniversary Reactions in Grief, http://j.mp/K58AGL

10 Tips to Help You Deal With Family Drama,  http://j.mp/UDiNMB « Caring.com

Outstanding! Nancy Berns on the illusion of closure in grief, http://j.mp/UCXo6b « TEDxWomen

Touching: With Dignity and Without Pain - Redux, http://j.mp/UHdscB 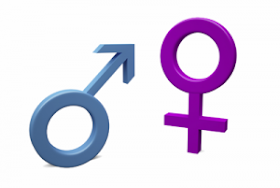 A reader writes: My mother died recently, and although she was older and it happened rather quickly, still it was the saddest thing I’ve ever experienced. Now, three months later, I’m finding it very difficult to become intimate again with my husband. Even being in close proximity to him is difficult for me. It almost scares me. Especially because I want so desperately to know that my mom is watching over me, but I don't want her to see me having sex with my husband! Can you give me some direction on this? 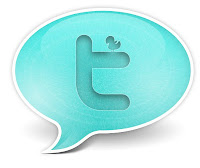 A beautiful hospice story, through a patient's eyes, http://bit.ly/TOcA1W via @HospiceMayCourt

In caregiving, sometimes it all comes down to money, http://j.mp/YYeL31

To sign up for The Compassionate Friends' free National Publications, which includes its magazine, visit http://j.mp/RysIWJ, top of page

Excellent article: Losing a pet is a teachable moment for kids, http://j.mp/130XzO5